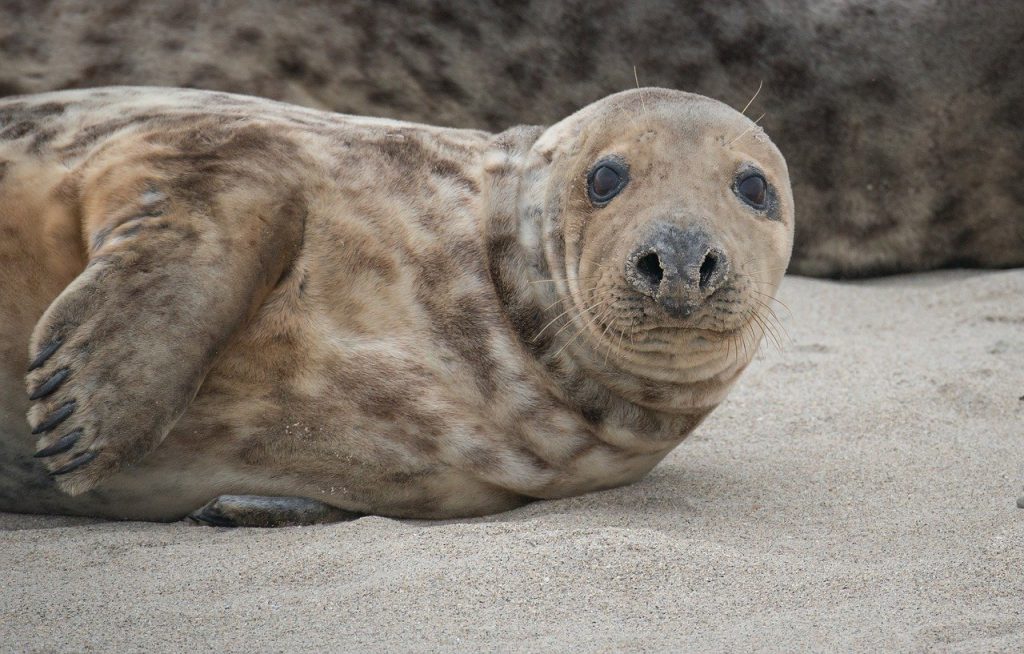 Climate change threatens our oceans and many of the species that inhabit them.

Seals share the marine and terrestrial environment during their life cycle and are therefore affected by changes in both environments.  In fact, neither the rarest nor the most abundant seal species are spared from the climate threat. Do you know why?

Some of the factors that seem likely to affect these species are:

These species also face multiple anthropogenic stressors that may negatively affect some seal populations and species.  Efforts need to be coordinated with a spatially explicit management approach that includes population-specific responses to known stressors.

Although most of the seals species in Eurooe are distributed in northern latitudes, on the Iberian coasts three species can be observed and some others appear very sporadically. The common seal and the grey seal are the most frequent, usually stray individuals that appear during the winter months.

However, It is also possible that the extinct monk seal, living in Greece and Turkey but which has disappeared from the western Mediterranean coast, may soon be reintroduced to Fuerteventura island (Canary Island), serving as a link to connect the Mauritanian and Madeiran populations. An opportunity for the conservation of this meridional endangered species.